Wormholes – those curious portals to the other side of the galaxy or universe.  More formerly known as an Einstein-Rosen bridge, they theoretically join two regions of space allowing one to traverse great distances instead of moving along the fabric of space.

The illustrations below shows this very well. Traveling from A to B in the conventional sense will get you there in time… 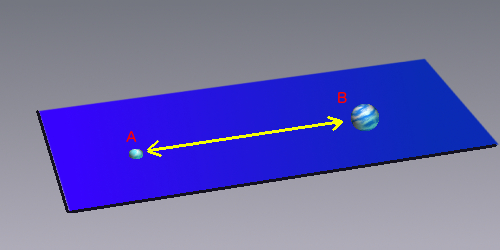 Traveling from planet A to planet B via flat space.

But, fold space by using a wormhole and you now have a much shorter path to cross to go from A to B. 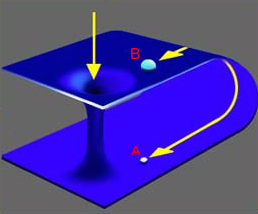 Traveling from A to B via a wormhole is quicker.

The new wallpaper shows the mouth of an active wormhole from the point of view of a gas giant and its habitable moon in a nearby solar system. 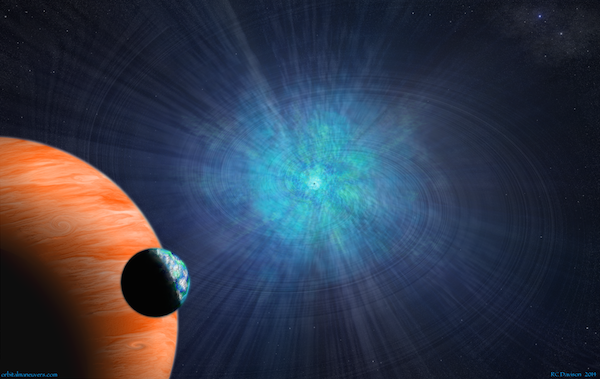