With the current estimate that one out of every five stars in our Milky Way galaxy has an Earth-like planet in the habitable zone, we may be looking at a minimum of about 500 million planets in the galaxy that might harbor life of some sort.  This number is probably easily an order of magnitude higher or more if we consider planets on the fringe of the habitable zones and their moons.

Exile is about one poor sole in one such system that has been banished to a cold, wintery world where he can see his home planet rise every night — not the large lifeless moon, but the distant pale blue dot, flanked by its two moons. 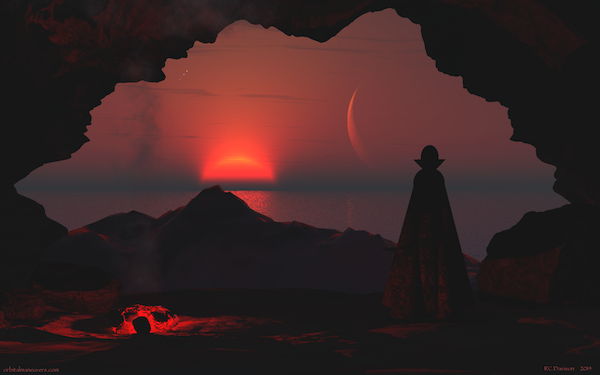