On June 30, 2014 NASA and ESA (European Space Agency), celebrated ten years of unprecedented scientific discoveries of the planet Saturn and its moons by the Cassini-Huygens probe.

The probe has returned well over 350,000 images of the ringed system; discovered seven new moons orbiting the planet, successfully landed the Huygens probe on the surface of Saturn’s largest moon, Titan; over four thousand research papers have been written based on Cassini’s findings; “tasted” the water from Enceladus’ geysers and will continue to send back data until 2017 when it will be intentionally flown into Saturn’s atmosphere.

When we look at all that Cassini has delivered, one can ask – is it worth the $3.27 billion dollars the mission has cost? That’s a whole lot of money! 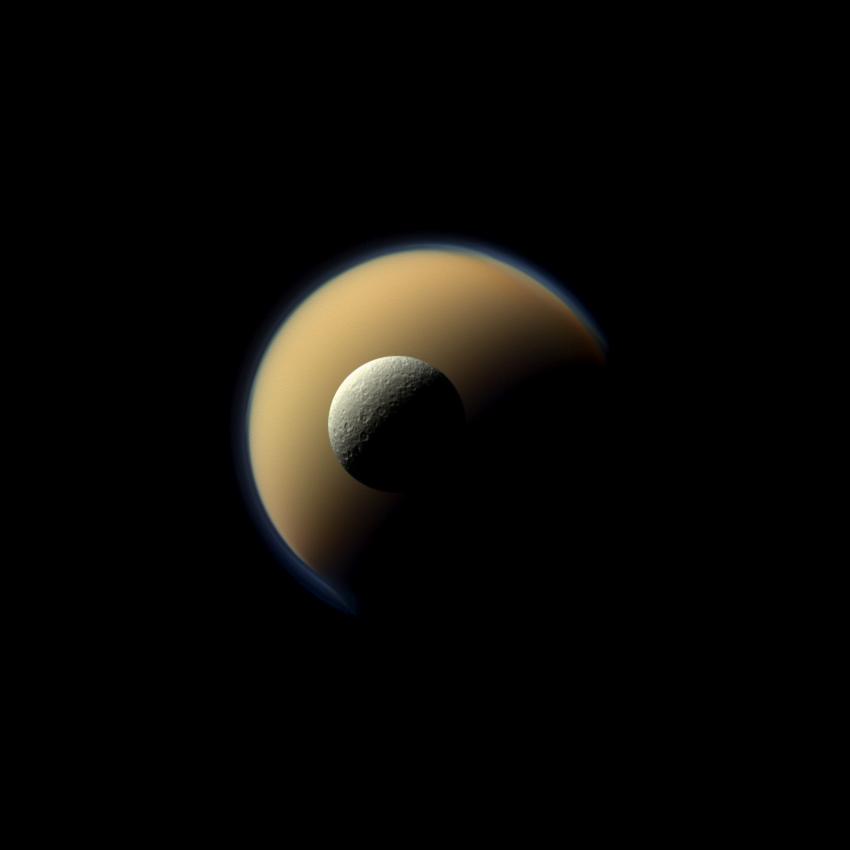 But, when you consider that the mission actually started development in 1990, the cost turns out to be about $130.8 million per year over the last 25 years. Still a lot of money. But, the cost per person in the United States is about $0.42 per person per year (based on an average populate of the US from 1990 to 2014).

The $3.27 billion is the total mission cost to date, but the United State’s contribution was actually $2.6 billion, the balance being supplied by ESA and the Italian space agency, so the per person cost for the US is actually more like 33 cents per person. The per person contribution gets even smaller when you divide the cost by the populations of the ESA supporting countries.

Yes, $3.27 billion is a lot of money, but when you look at it from the perspective of real cost over time it’s not even the cost of a pack of gum per person per year! The flip side of this expense is that the mission development and support employed over 5000 people. That is money that went back into the economy; it put food on the table, paid bills, stimulated local businesses and economies, new technology development, advanced our

understanding of the Solar System and of the Saturnian system immensely. The most important contribution (albeit the hardest to quantify) was to excite and encourage a new generation of young people to pursue careers in science and technology.  This one item is so very important in today’s competitive world economy. The return-on-investment is still paying off and will so for many years to come.

Saturn back-lit by the Sun with Mars, Venus and Earth. Image credit: -Caltech/SSI

Take a few moments and check out NASA and ESA’s sites for Cassini and take a look at the amazing images that have been sent back by this enduring probe.  After all, you paid for it!

Check out this video for what to expect for the rest of Cassini’s mission at Saturn.