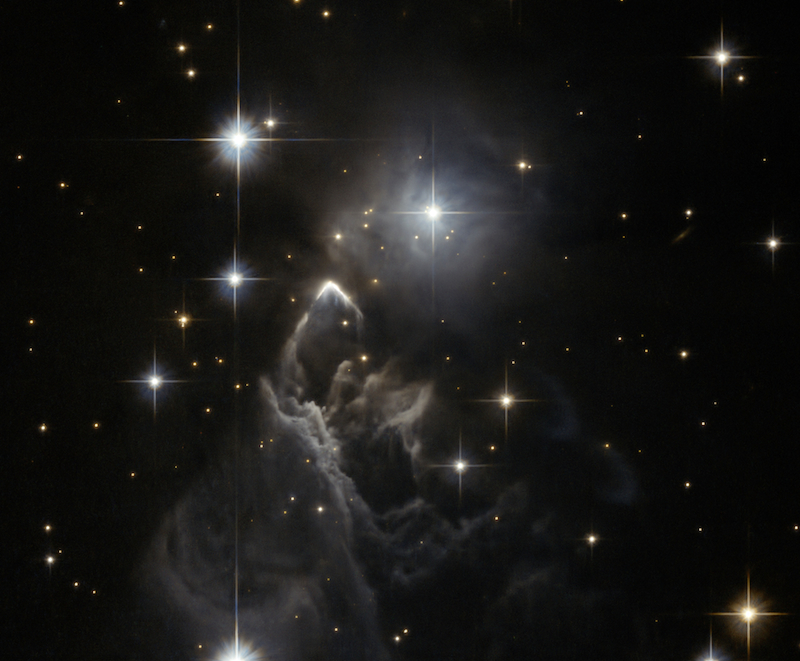 Known unofficially as the “Ghost Nebula” or “Ira’s Ghost”, this vast cloud of interstellar dust harbors an incubator for new stars. Discovered in 1983 by the IRAS satellite (InfraRed Astronomical Satellite), it is officially known as IRAS 05437+2502 (Ira’s Ghost sounds a lot spookier!). This image was taken in visible light by the Hubble Space telescope and released in June 2010.

Located in the constellation of Taurus, the nebula covers about 1/18th the size of the full Moon. The bright inverted “V” seen in the upper left of the nebula is a rather perplexing structure. One theory is that it may have been formed by a large star that was ejected from the nebula at an extremely high speed. For more information about Ira’s Ghost, check out the Hubble site.

Enjoy your Halloween, and be very glad that Ira’s Ghost is far, far away!