A smudge in the night sky can contain many wonders! 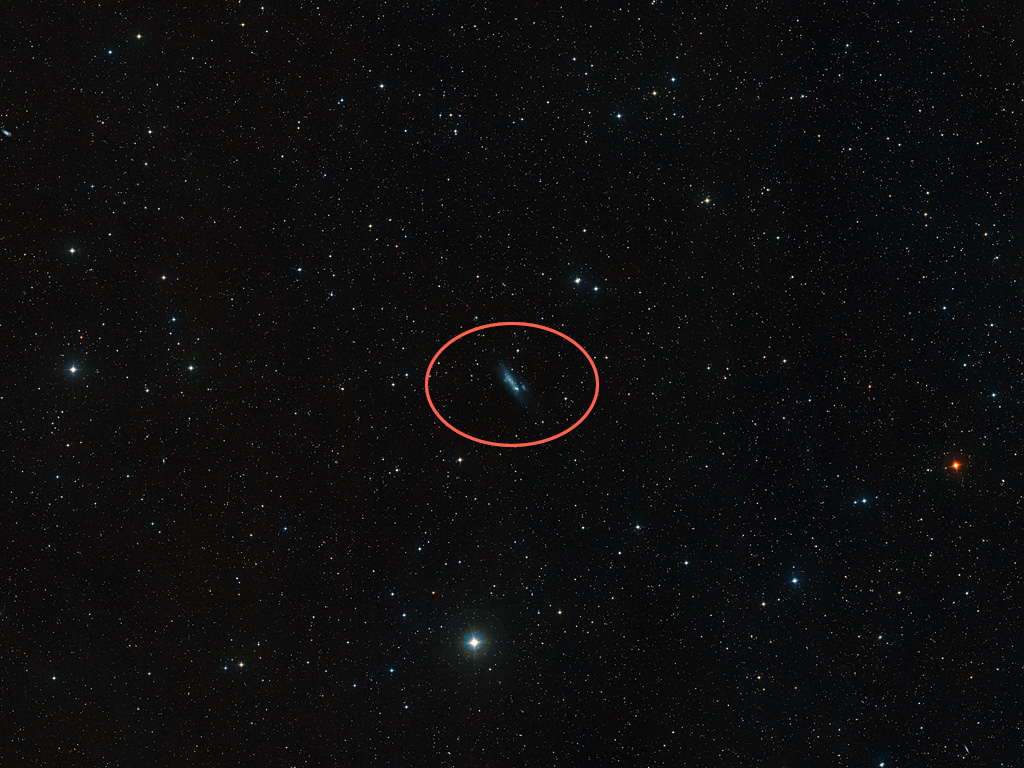 The blue streak in the above image is the dwarf galaxy NGC 2366.  It is about 10 million lightyears distant and located in the constellation Camelopardalis (the Giraffe), which is visible in the northern hemisphere.  Barely visible to the bottom right of the blue smudge is a bright spot, which is an active star-forming nebula, NGC 2363 contained within the dwarf galaxy.  In the image below you can see the nebula shining from the light of the hot blue stars that are forming in the upper right part of the galaxy.

Zooming in on the nebula in another Hubble image below, one can see the collection of bright stars embedded in the nebula.  Of particular note is the very bright star that appears at the tip of the “hook” of the nebula.  This massive star is known as a Luminous Blue Variable (LBV), which is about 30 to 60 times as massive as the Sun.  This is a very rare type of variable and very unstable.  The image captured the star during an erupting phase.  Another, more famous star of this type is the giant, Eta Carinae, which is anticipated to turn into a supernova in the near future (astronomically speaking). 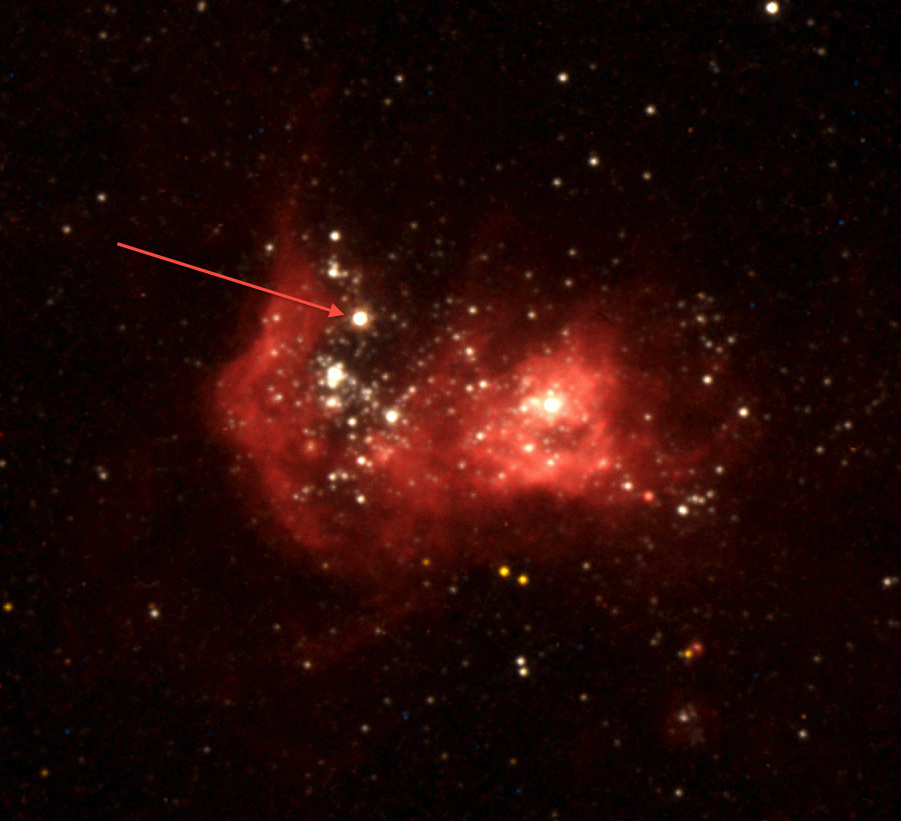 When you look closely at the image of NGC 2366 you will see many “nebulous” regions within it.  They are actually very distant galaxies that are visible through the veil of the dwarf galaxy.  I’ve highlighted some of the more prominent galaxies that can be found in the image below.

Here is a composite of some of the major galaxies hiding behind this dwarf galaxy. 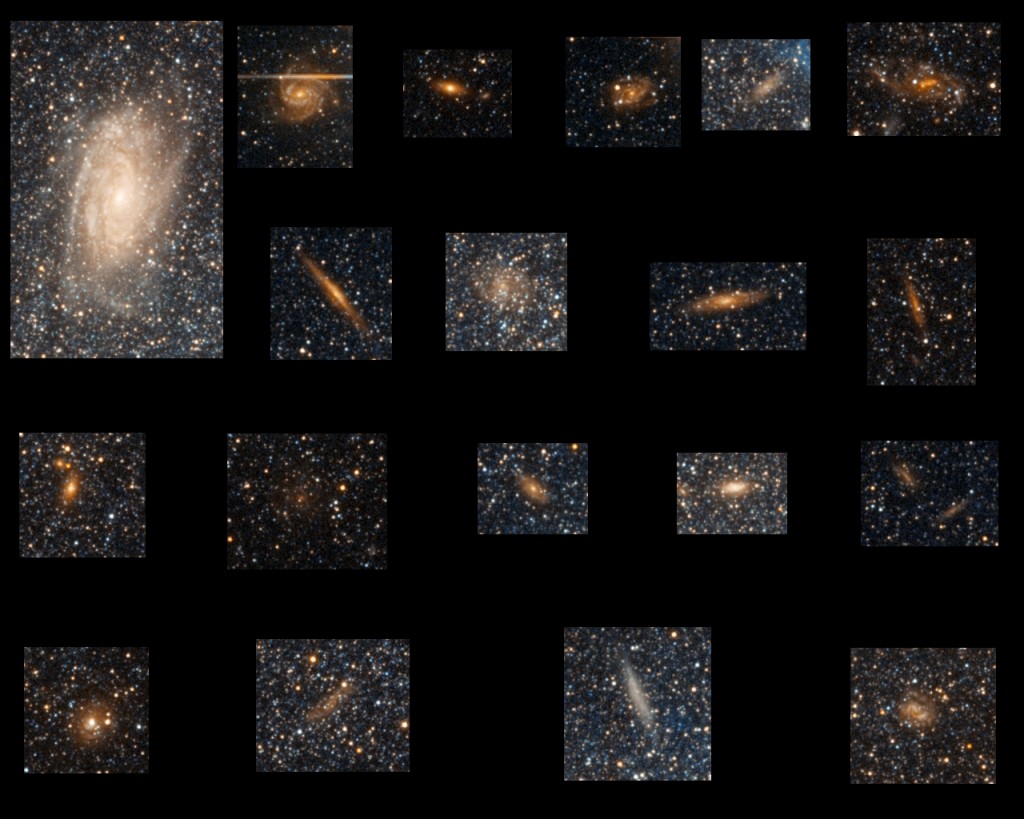 Galaxies behind the dwarf galaxy NGC 2366

NGC 2366 is just another example of what wonders are hidden within the smallest parts of the night sky and what amazing things are awaiting discovery.