In the vastness of the cosmos it seems amazing that objects run into each other, but they do. The pervasiveness of gravity has dominated and shaped the Universe as we see it today, from simple planets and solar systems to vast galactic clusters containing thousands of galaxies bound together. Galaxies collide, and galactic collisions create some of the most beautiful structures we’ve seen in our search of the cosmos.

Here we have The Mice: 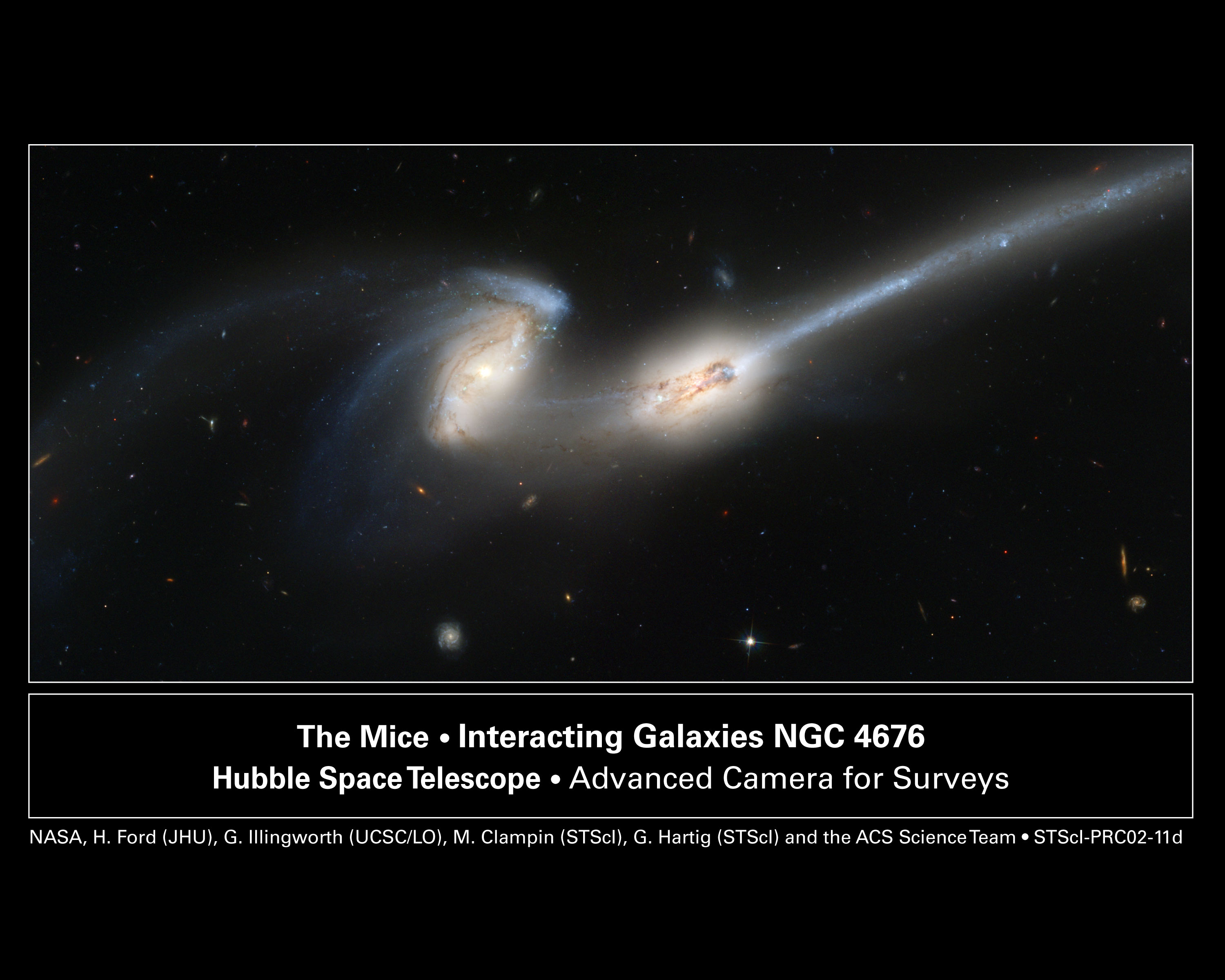 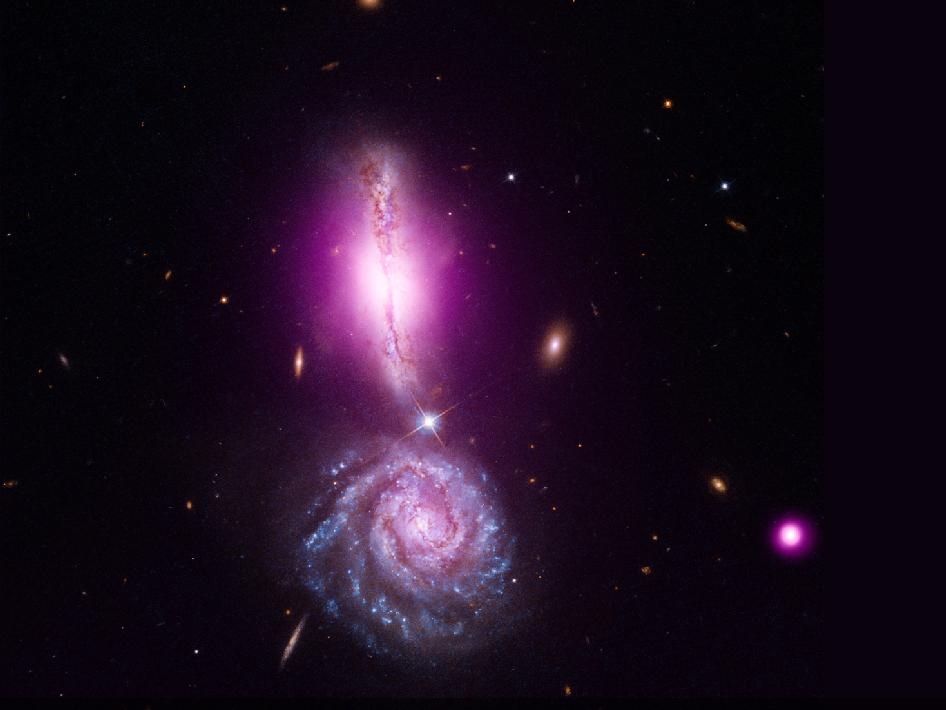 Sometimes what appears to be a collision about to happen is really a case of one’s perspective, as can be seen in this image from the Hubble Space Telescope of NGC 3314. The galaxy that we see almost face-on – NGC 3314a is in the foreground and is tens of millions of light years from the background galaxy NGC 3314b. These two galaxies will not become another statistic in the annals of galactic collisions. But, the same can not be said for our own Milky Way galaxy and the Andromeda galaxy (M31).

In the next four million years or so, these two galaxies will begin to become one through a graceful pas de deux that will take millions of years and result in what theory predicts will be a large elliptical galaxy. This information, along with some amazing simulations and illustrations can be found at the Hubble Space Telescope’s site.

Here’s a graphic illustrating the collision showing the paths of the two galaxies along with another galaxy in our Local Group, Triangulum (M33):

In this artist’s conception, the collision is seen from the perspective of an observer on Earth.

The last few frames shows how Andromeda dominates the night sky and effectively blocks our view of that portion of the Universe. Future astronomers will not be able to appreciate the night sky as we are able to today.  But, who knows if humans will still be observing the Universe by the time this event takes place.

Looking at these images I can’t help but wonder about the alien astronomers living in the Triangulum galaxy. What a spectacular view they have of this doomed pair of galaxies. I wonder if they have mapped out the motions of these island universes (as they were once known) and understand that they will eventually collide. And, even more mind-boggling: Are they looking at us and wondering if someone is looking back?