Playing hide and seek with my children when they were really little was always fun, especially in the beginning when they didn’t realize that I could see them when they covered themselves with a blanket or pillow. In a way, it’s similar with this image of the supernova remnant, DEM L241 located in the Large Magellanic Cloud, a small dwarf galaxy that orbits the Milky Way galaxy. The nebula is the result of a supernova which occurred in a binary star system. The star that is highlighted in the images below is the large companion star that survived the explosion of its partner, which now exists as a black hole or neutron star and is hidden from our view—almost. 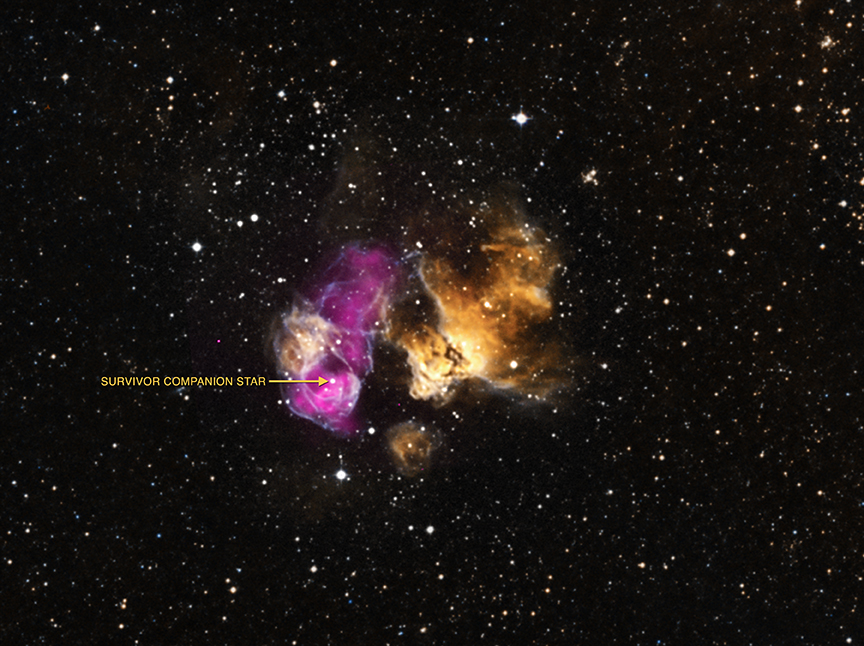 The above image shows a cloud of dust and gas with a dramatic swath of purple cutting across it. This is a composite image showing the view in the optical (visual) part of the spectrum and the same region in X-rays taken by the Chandra X-ray telescope. (See images below.) The large star of the pair is visible in the optical image and when we look at only the X-rays emitted from the region there is a bright dot in the same spot as the star – the black hole or neutron star hiding from us in the visible part of the spectrum. When these images are superimposed the black hole and the star align. 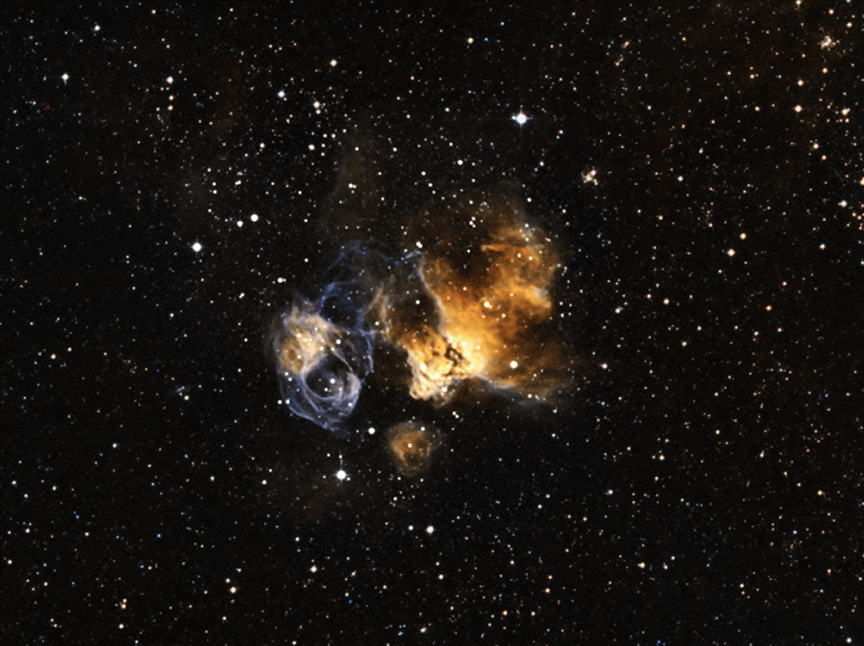 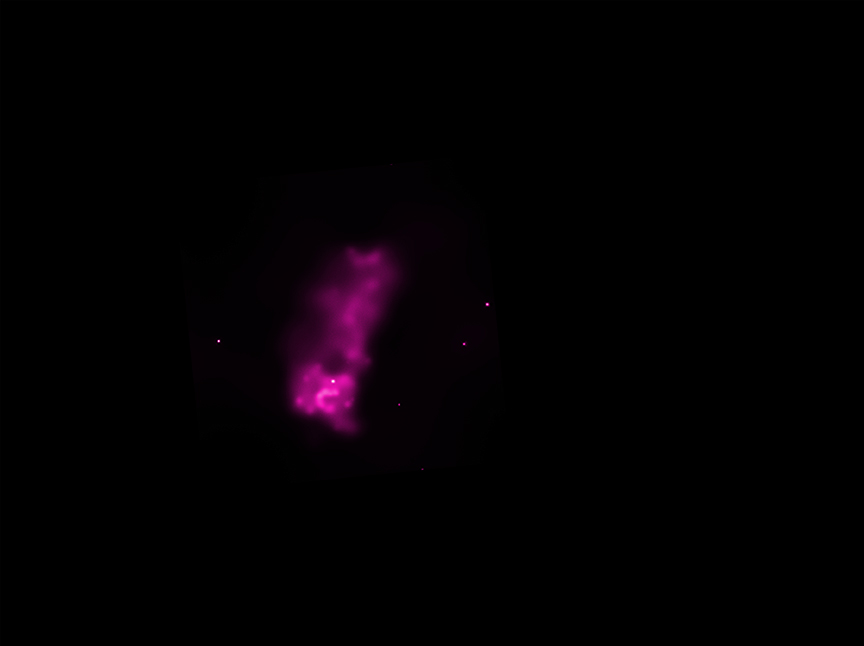 What is remarkable is that this companion star survived the explosion of its partner. The super-dense companion gives itself away in X-rays because it is pulling in surrounding material, possibly from the nearby star, which gets heated to tens of millions of degrees by friction and radiates light in X-rays as a result. The progenitor star for the X-ray source was probably a super giant with a mass at least 25 times the mass of our Sun. The surviving super giant star and the black hole / neutron star orbit each other with a period on the order of tens of days, so they are fairly close together. More in-depth observations of the pair will help determine if the hidden companion is a black hole or a neutron star.

The surviving companion, being a super giant star, will eventually follow the same path as its partner and explode in a supernova, leaving behind a black hole or neutron star.  This newly transformed celestial body will dance a pas de deux with its old partner for billions of years as the light from the supernova eventually fades to black.

For more information check out the Chandra X-ray telescope’s website.