The science of astronomy is fascinating in that it involves some of the most bizarre concepts in nature.   But, it can be one of the most frustrating fields of study because we must do everything at a distance.  We can’t touch a star.  We can’t see the evolution of most events in the cosmos because the time they take far exceeds our meager lifetimes. (That is, short of an event like a supernova.) Everything we know about the cosmos has been learned by observation via the electromagnetic spectrum, historically in the visible wavelengths and today we cover the entire electromagnetic spectrum.   It is with these observations, coupled with a basic understanding of physics and chemistry learned on Earth, along with theories developed by some very intelligent people that have led to new discoveries in the cosmos.

An event that was documented on March 28, 2011 by the Swift gamma-ray telescope (gamma-ray burst (GRB) 110328A), followed up in the visual part of the spectrum by the Hubble telescope and finally confirmed by the Chandra X-ray telescope may have identified such an event.   The object located in a galaxy 3.8 billion lightyears (ly) from us in the constellation of Draco, visible from the northern hemisphere.   This is what Swift, Hubble and finally Chandra saw as they hunted down the source of the gamma rays:

The Swift telescope picked up on a gamma-ray flash and documented a series of flashes, which instead of getting dimmer actually got more intense.   This is not typically seen. When a star goes supernova it emits an enormous burst of energy that fades over the a period of 3-4 weeks or more as indicated in the graph below.

What Swift saw was this: 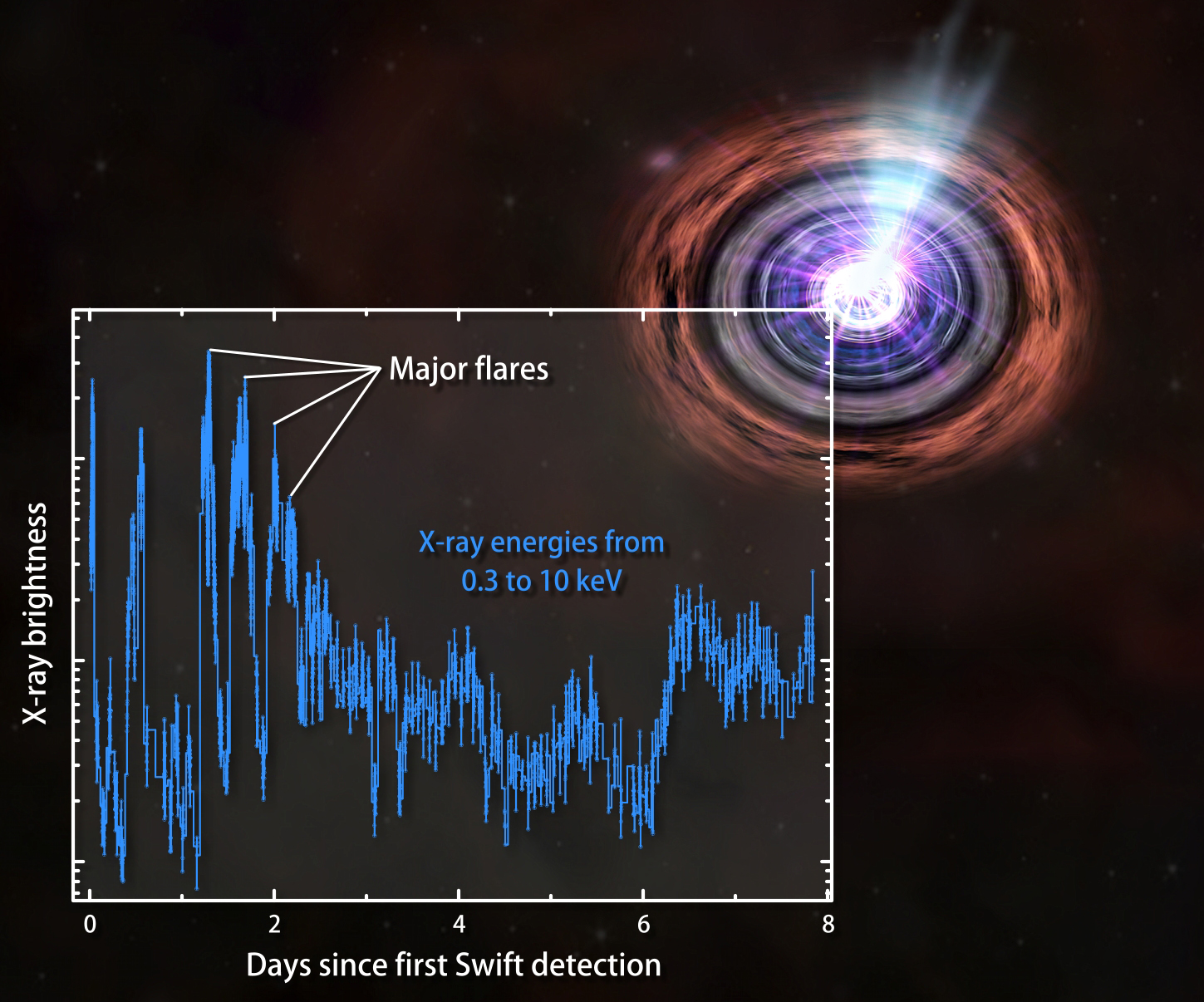 Distinctly different.   If the theory is correct then we are seeing these bursts of energy because the orientation of the black hole relative to Earth is such that these jets point our way.

The proposed scenario that matches up with the observation is depicted in the image below:

Frustratingly, we can’t see this!  We can only surmise from the data that this is what is happening at the core of this galaxy 3.8 billion ly away.   But, imagine what it must have looked like to see this star in its final death throws as it passed the black hole for the last time…