With the red giant, Betelgeuse, popping up in the media, I thought it would be a good time to take another look at Orion and the stars that make up this iconic constellation.  Consider this an update to my earlier post “The Multidimensional Constellation, Orion” way back in 2014 – when Orion was behaving himself. (Check the post for more detail on the constellation and its stars.)  In the fall of 2019 Betelgeuse began to dim dramatically, leading many to wonder if it was the time for Betelgeuse to exit stage right in a blazing supernova. 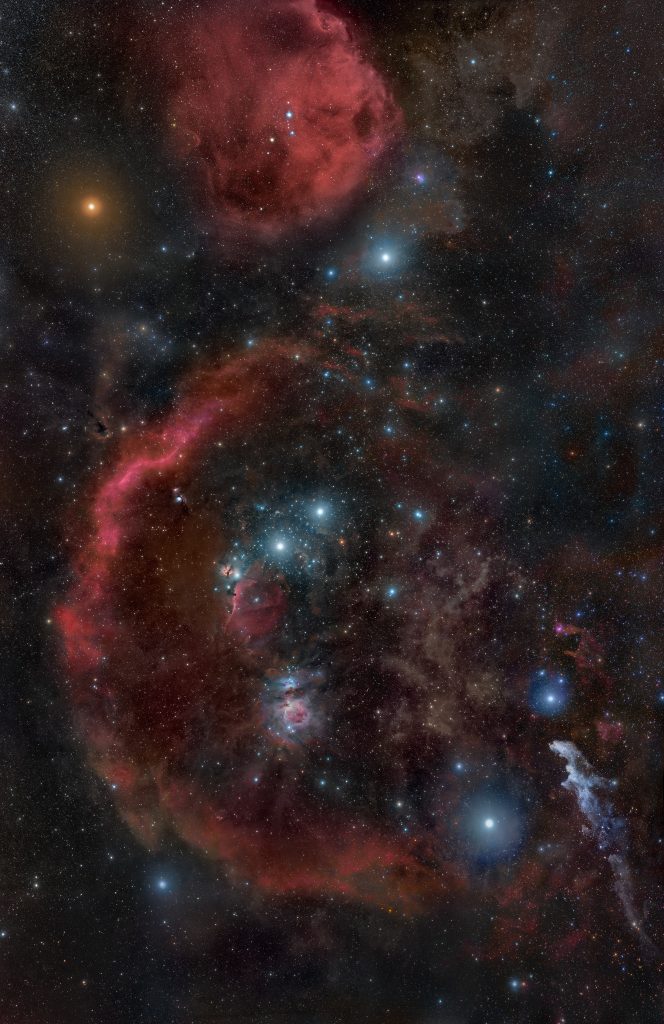 So Betelgeuse didn’t fade away to oblivion nor did it flash into a supernova, but after losing two-thirds of its brightness it began to recover its luster in February of 2020. Studies just released indicate that the supergiant may have ejected a large mass of hot gas in our general direction that coalesced into dust grains as it cooled and began to block the light from the star. Is this a precursor to the star going supernova? We don’t know. The star will eventually meet that fate, but it could be tomorrow or in the next 100,000 years. Stay tuned!

While reviewing the seven major stars that make up Orion I came across a revised estimate for the stars’ distances from Earth and updated the illustration of Orion in 3-D to reflect this new data. The new data adjusts the distance to most of the stars, mostly closer, but Alnilam, the central star in Orion’s belt, shifted from 1359 light years (ly) to 1976 ly. 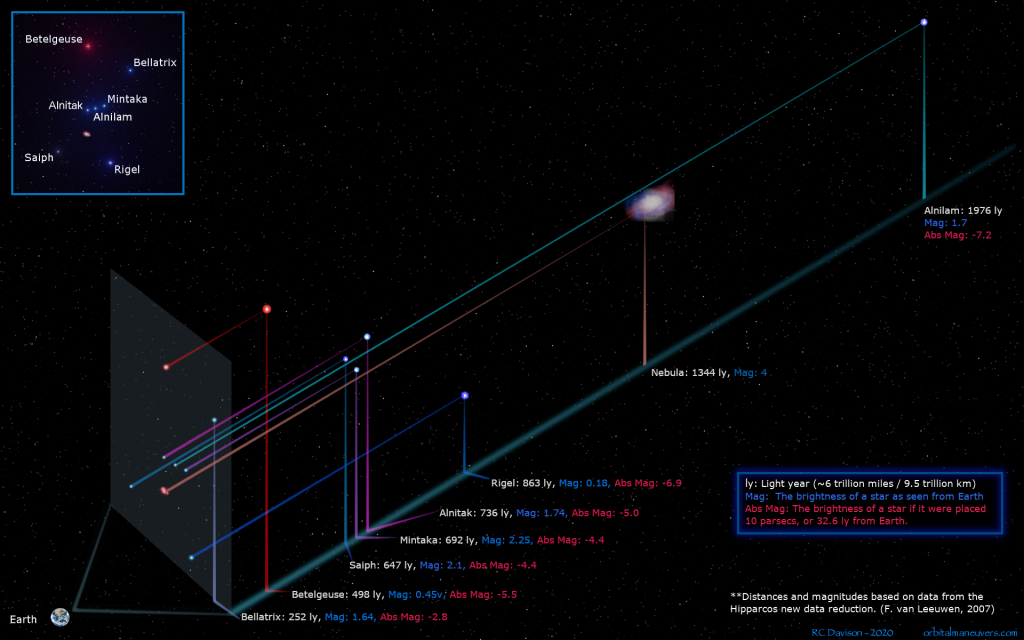 Orion’s stars in 3D with new distances based on new Hipparcos reduction. (Click on image for larger version.)

The fact that Alnilam may be 617 ly further away and that its brightness did not change, means that this star is a lot bigger and a lot brighter than previously thought. Alnilam went from being about 375,000 times as bright as our Sun to 832,000 times brighter at this new distance! Also, because of this extra distance the star’s diameter must be larger, changing from 24 times the radius of the Sun to 42 times.

It’s difficult for us to grasp these numbers but there is a way to compare the brightness of these stars and that is to use their ‘absolute magnitude’ as opposed to their apparent magnitude. The apparent magnitude of a star is the brightness of the star as we see it normally in the night sky. Absolute magnitude is the magnitude, or brightness if you will, of the star if it were at a fixed distance from the Earth. The distance that is used is 10 parsecs, where a parsec is 3.26 ly, so the star would be placed at 32.6 ly from Earth and its magnitude recalculated at this new distance.

The apparent magnitude of our Sun is -26.7 (Note, the more negative the number for magnitude, the brighter the object.) if it were moved to 10 parsecs its absolute magnitude would be, +4.83. At +4.83 the Sun would be difficult to see at night with the naked eye, especially with the light pollution we have in cities and towns.  Note that Venus is typically between -2 and -4 when it is visible in the evening, substantially brighter than our Sun would be at 10 parsecs.

Below is table that shows the apparent and absolute magnitude for the stars of Orion.

One can see that Alnilam is the brightest star in the constellation, surpassing Rigel. So how bright is this?

If Orion’s stars were all at 10 parsecs from Earth, most of the stars would be visible during the day! The illustration below shows an approximation of what one might see. The average magnitude of the brightness of the midday sky is about -4, so all of these stars, except Bellatrix, would be brighter than the sky. Saiph and Mintaka would just barely be visible in the sky, but Rigel and especially Alnilam would stand out prominently. At 10 parsecs, Orion would be amazingly bright constellation at night; out-shining everything but the full moon! 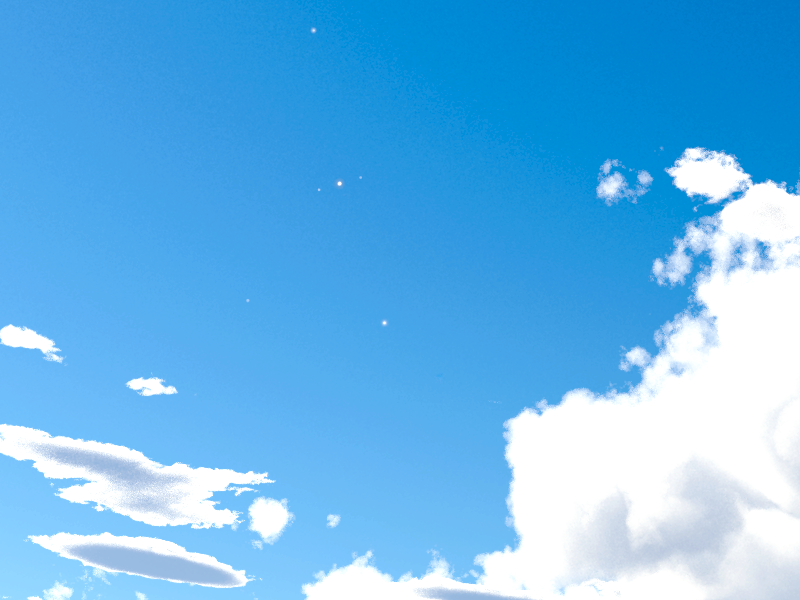 The constellation of Orion would be visible during the day if all of its stars were moved to a distance of 10 parsecs. (Click on image for larger version.)

There is one thing to keep in mind with these numbers, and that is that they are estimates with inherent errors due to the difficulties in determining the exact distance of the stars from Earth.  That uncertainty affects all other calculated values, so you may see the distance, diameter, mass and magnitude values for these stars and others vary from source to source depending on how the data was used.  It doesn’t mean they are wrong; just that we don’t have the technology to absolutely determine their distance.  With each new terrestrial telescope we built, and each new telescope we put into space we refine our measurements and advance our knowledge of the celestial objects that make up the cosmos.

Orion will be rising in the evening in the Northern Hemisphere towards the end of October, so it will be a good time to take a look at this wonderful constellation in person, and keep an eye on Betelgeuse. If you are inclined to do a bit more that just observe with the naked eye and would like to photograph Orion in all its splendor, check out this informative guide to astrophotography.